Roaming the Roads of Oklahoma Transcript

The Litas:
When you come into Oklahoma, the sky is open like no other.
Oklahoma is more of a journey place. You’re not just riding to a place. It, it hits every single one of your senses. You’re feeling everything and that’s the most powerful feeling in the world.
We’re the Litas. This is Oklahoma.
Christa is our sweep and Jenna's our road captain.
We're hot messes. The Litas are just so fun. We just act like ourselves and we don't have to be afraid of being judged. And nobody judges you for being you because you're a bad ass biker.
You can ride through Oklahoma and feel like you're almost riding from coast to coast. Oklahoma kind of has a little piece of everything here and people just don't expect to see that.
Oklahoma sky feels different. It's not just a sight, it's a feel.
I never see anything. I never see mountains when I'm on a motorcycle; I feel them. It's peacefulness. It's serene.
You're coming around curves; you're breathing in all of it. You smell everything. You feel everything. Oklahoma is just that way.
Every trip you always hear the girls say, "This feels like once in a lifetime."
It doesn't matter what kind of a bike you ride, what kind of a lifestyle you live. When you're on a motorcycle and you meet someone else on a motorcycle, you are equal. Because when you ride your motorcycle and you ride with these women next to you, they always have your back.
When you're down, you call your Lita. It's a sisterhood. It's my family.
There's some people who call Oklahoma a flyover state, but on a bike, we just ride out there.

Take an All-American Road Trip Down Route 66 in Oklahoma

Ready the playlist: Oklahoma is a state you’re going to want to visit by car.

This is your chance to take an all-American road trip down Route 66, as you experience both the natural beauty and man-made wonders of Oklahoma.

Flyover state? To truly appreciate the beauty of Oklahoma, you should drive through it. Oklahoma has a ton to see, including the largest remaining stretch of Route 66, one of the US Highway System’s first roads. The full route, which once ran from Chicago to Santa Monica, California, has now been decommissioned, but 600 kilometers of it still run through Oklahoma, with plenty to see along the way.

Photo-op hunters, this is for you. Kitschy oversized landmarks are a Route 66 mainstay, featuring everything from the largest concrete totem pole (Totem Pole Park in Chelsea, Oklahoma) to “The Blue Whale”, a giant, cartoon-ish whale floating atop a roadside pond in Catoosa. If you get thirsty, look for the 20 meter soda bottle outside the entrance to Pops 66 Soda Ranch in Arcadia, a restaurant, gas station, and purveyor of over 700 kinds of soda, all arranged by color. Experiment with unusual flavors such as bacon, mustard, dirt, or keep it classic with one of over 70 root beer varieties on offer. If it’s close to sun down, stick around Pops for the neon light show that happens after dark on the world’s largest pop bottle.

Take a break from the open road to experience the “cowboy culture” of Oklahoma City. Yes, you can see real-life cowboys (and cowgirls!) wrangle and ride at the Oklahoma City Fairgrounds or at one of the many other rodeo events that take place around the state. Or, for a calmer version, explore the state’s wild-west history at the National Cowboy & Western Heritage Museum.

After your history lesson, visit some of the city’s more modern attractions, such as the Wheeler Ferris Wheel. Purchased on eBay in 2008, the Wheeler Wheel is THE historic Santa Monica Pier Ferris Wheel, refreshed with over $1 million in renovations and operating in its new home of Downtown Oklahoma City (OKC). For another modern must-see, visit Factory Obscura, a 550-square meter immersive art exhibit created in partnership with over 30 Oklahoma City-based artists.

Once you’ve seen the city, venture just an hour south of OKC to experience the state’s largest waterfalls, Turner Falls in Davis. Besides the 23-meter falls, you can enjoy natural swimming areas, sandy beaches, bath houses, waterslides and caves. Make a night of it, by renting one of 12 cozy cabins that are available on the grounds. 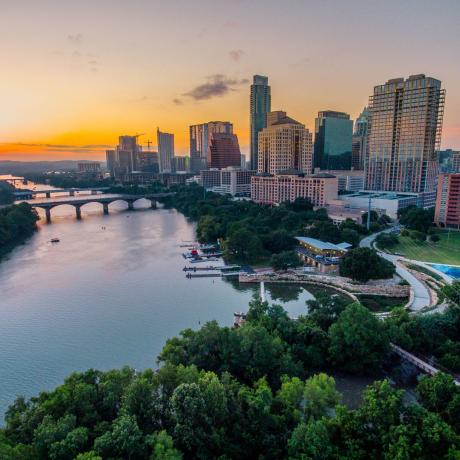 In Austin, Texas, discover a world where a rich music scene and fine cuisine create an irresistible culture.

In Austin, Texas, discover a world where a rich music scene and fine cuisine create an irresistible culture. 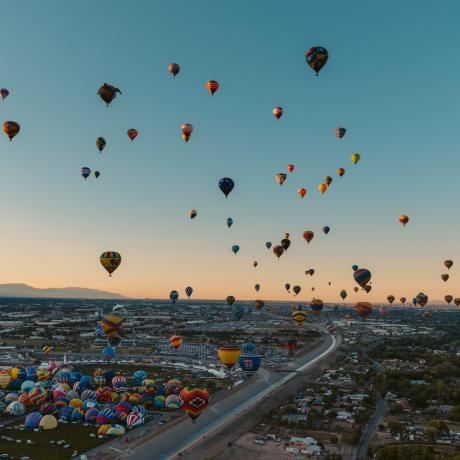 From the hot air balloon festival in Albuquerque to desert sand dunes and incredible rock formations, New Mexico is one destination that will leave you wanting more.

From the hot air balloon festival in Albuquerque to desert sand dunes and incredible rock formations, New Mexico is one destination that will leave you wanting more. 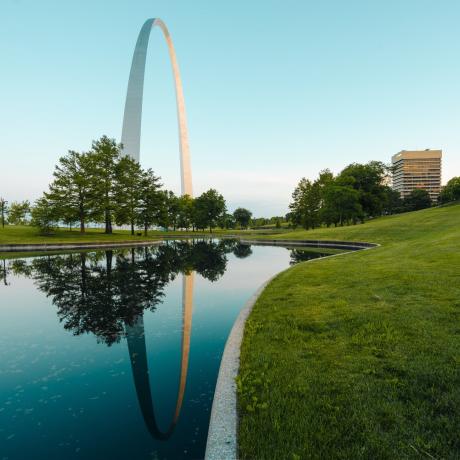 United Stories
For a Great Time, Visit The Great Midwest

United Stories
For a Great Time, Visit The Great Midwest

This website uses Cookies to offer you an enhanced browsing experience. Find out more about how we use Cookies
Visit The USA © 2022 Brand USA. All rights reserved.