Live music at a honky-tonk in downtown Nashville

Shopping at the Opry Mills mall

A white tiger resting at the Nashville Zoo at Grassmere

Now more than ever, Nashville is on the radar. Named one of the “Best Places to Travel” by Travel + Leisure, one of the “Top Places to Go” by The New York Times and one of the “Destinations You Don’t Want to Miss Out On” by Conde Nast Traveler, Nashville offers everything from an electrifying multigenre music scene, award-winning cuisine, historic homes, world-class art, a myriad of attractions, unique shopping, college and professional sports, and more.


Places to Visit in Nashville

Of course, music remains Nashville’s calling card to the world and is the very heart of the city. Long recognized as the world’s capital of country music, Music City's sounds also include pop, rock, gospel, Americana, bluegrass, jazz, classical, contemporary Christian, blues and soul. With more than 120 live music venues across the city, there is something for everyone. You’ll catch pickers and songwriters all over town, in places like bluegrass venue Station Inn, the rock venue Exit/In, the honky-tonks on Broadway, the song-centered Bluebird Cafe or the legendary Ryman Auditorium.

There are hosts of attractions that have made Music City famous, such as the ultimate country music venue the Grand Ole Opry and the world-renowned Country Music Hall of Fame® and Museum. The Johnny Cash Museum houses the most comprehensive collection of Johnny Cash artifacts in the world. The Musicians Hall of Fame and Museum honors musicians – from stars to studio players – who represent all genres of music and features the very instruments used to record some of music’s greatest hits.

Nashville’s visual and fine arts scene is also making waves. The Frist Center for the Visual Arts is housed in an exquisitely converted art deco post office and hosts roving exhibitions changing every couple of months. Cheekwood Botanical Garden and Museum of Art houses an extensive art gallery, and there are art crawls, studios and art galleries all around town.

While Nashville has long been known for its expansive music scene, the talent and creativity of its culinary scene has recently put Nashville on the map. Dubbed “The Coolest, Tastiest City in the South” by Bon Appetit, Nashville’s creative spirit has infiltrated into its kitchens, turning them into the chef’s studios. From Southern fare to haute cuisine to quite literally everything in between, Nashville satisfies all palates. To really get a feel for Nashville’s local side, check out some of Nashville’s unique neighborhoods full of Music City charm. Areas like 12South, Hillsboro Village, East Nashville, and the Gulch offer a good mix of shopping, dining, nightlife and music.

With its charming mix of musical, historical and cultural flavors, Nashville is truly a city for all seasons and styles. While in Music City, stop by the Visitor Information Centers in the glass tower of the Bridgestone Arena (at Fifth and Broadway) and on the ground floor of the Regions building (at Fourth and Commerce) for discounted attraction passes.

Nashville's Centennial Park is home to the world's only exact replica of the Greek Parthenon.

The Great Smoky Mountains: A Natural Trip From Nashville

Great Places to Jam to the Music of Tennessee

Fall for Waterfalls in Tennessee

5 Flowers You’ll Only Find in the USA

Bite Into Barbecue at One of These 7 Great Festivals

Adventures in the Great Outdoors

As Seen on Film in Huntsville, Alabama: Places in Bollywood’s ‘Zero’ 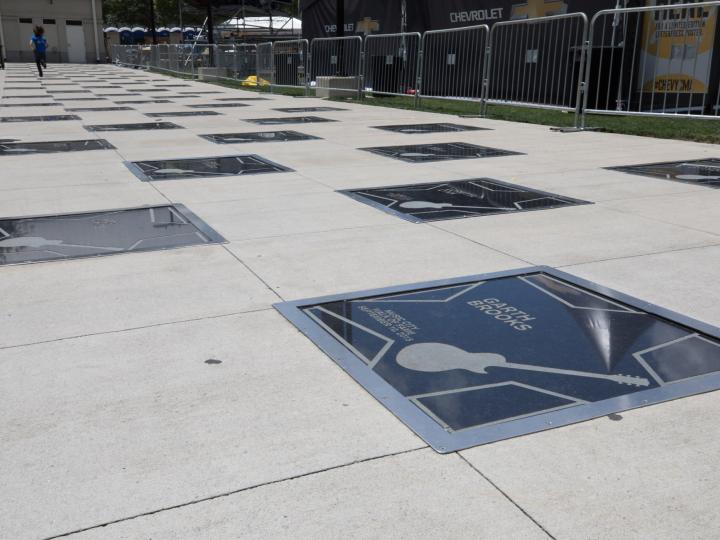