Sunset over the Arkansas State Capitol

Biking and splashing at Riverfront Park

Exterior of the William J. Clinton Presidential Library and Museum

With the Arkansas River to the north and Ouachita Mountains to the west, Little Rock, Arkansas, is graced with natural beauty. This thriving capital city is often associated with its political and historical significance. Several important incidents related to the American Civil Rights movement, as well as the city’s connection to Bill and Hillary Clinton, mark Little Rock’s cultural connections. But it’s also known as a friendly, accessible and progressive Southern city accented by diverse nightlife, abundant arts venues and a thriving dining scene.

Get acquainted with the city on a guided bike or kayak tour through downtown Little Rock. Explore beautiful Riverfront Park, home to the Arkansas River Trail, a sculpture garden, two free splash pads and River Lights in the Rock – three illuminated bridges that display free, nightly light shows. The popular River Market District is home to attractions, including the Museum of Discovery, and a variety of dining and entertainment options. You'll find a renowned food and drink scene across the city. Sip adult beverages at numerous breweries, wineries and an award-winning distillery, and savor cuisine of all types – from barbecue joints and year-round food festivals to restaurants helmed by James Beard award-winning chefs.

Visitors of all ages will enjoy the Little Rock Zoo and its one-of-a-kind Arkansas Carousel. One of only three purse museums in the world, the ESSE Purse Museum is one of Little Rock’s hidden gems. Get a global education at Heifer Village, an interactive learning center inspired by Heifer International’s mission to end poverty and hunger in the world using sustainable practices.

The William J. Clinton Presidential Library and Museum offers a glimpse into the former U.S. President’s career and includes replicas of the Oval Office and the Cabinet Room as they looked when he was president. Use the Arkansas Civil Rights History Tour app to visit six sites in the Little Rock area, including Little Rock Central High School National Historic Site, which documents the bravery of the Little Rock Nine and the critical role they played in the Civil Rights movement by integrating the school in 1957. Take a tour of the MacArthur Museum of Arkansas Military History; General Douglas MacArthur, supreme commander of U.S. forces during World War II, was born here.

Tour the Arkansas State Capitol building and take a fascinating walk through the state's territorial, African American and political history at three Department of Arkansas Heritage museums: Historic Arkansas Museum, the Mosaic Templars Cultural Center and the Old State House Museum. The Old State House's ever-popular First Ladies’ Gowns exhibit is the largest of its kind in the USA outside the Smithsonian.

Spanning 1,288 meters across Murray Lock and Dam and the Arkansas River, the Big Dam Bridge is the longest pedestrian and bicycle-intended bridge in North America. Take a walk or ride a bike for fantastic river views. Spend an afternoon at Two Rivers Park, a 400-hectare park located at the confluence of the Arkansas and Little Maumelle Rivers, where you can enjoy walking, biking, horseback riding and other family activities. It also connects to Pinnacle Mountain State Park and the Arkansas River Trail, a 27-kilometer loop that shows off the city and runs through downtown’s Riverfront Park.

The Old State House is the oldest capitol building west of the Mississippi.

The Big Dam Bridge is the longest pedestrian- and bicycle-only bridge in North America.

More than 2,000 LED lights are set up to illuminate three bridges in downtown Little Rock in 18.6 million color combinations as part of the "River Lights in the Rock" art installation.

Little Rock, Arkansas: A Warm Welcome to the South

Arkansas: Cycling and Sightseeing in a Stunningly Scenic State

Arkansas's Outdoor Paradise: A Guide to the Ozarks

Search for Diamonds in This Tiny Arkansas Town

The Mississippi Delta: Birthplace of the Blues

Birthplace of Kermit the Frog

An Arkansas Cultural Tour: Where History Meets Legends of Americana

The Record Labels of Soul and Their Legacies Today

Memphis: Why You Want to Get Outdoors Here

A Tasty Guide to What’s Cooking in Memphis

A Delicious Weekend in Memphis, Tennessee

Memphis: Holiday in ‘The Birthplace of Rock 'n’ Roll’

The Soul and Magic of Memphis, Tennessee

Branson, Missouri: Entertainment and Inspiration in the Ozarks

Following in the Footsteps of Southern Icons

Changing the Course of Freedom: A Civil Rights History Tour

Diamonds, Plantations, Bayous and Brews: Gems of the Southeast 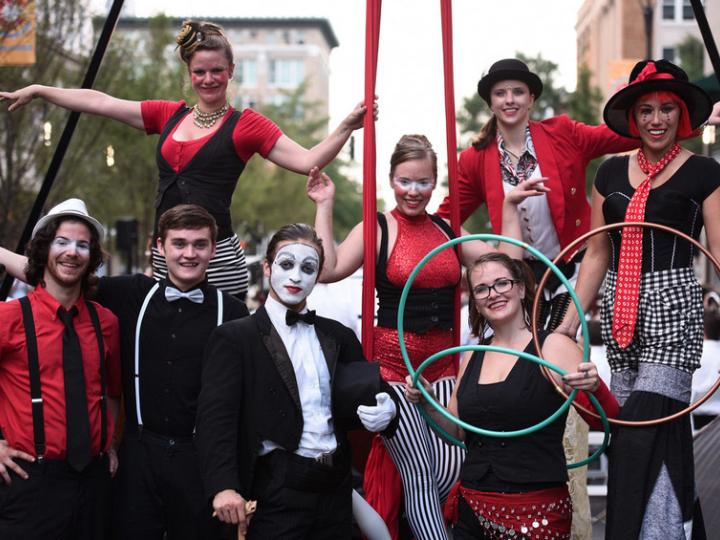 Pops on the River

Diamonds, Plantations, Bayous and Brews: Gems of the Southeast

Changing the Course of Freedom: A Civil Rights History Tour

Following in the Footsteps of Southern Icons